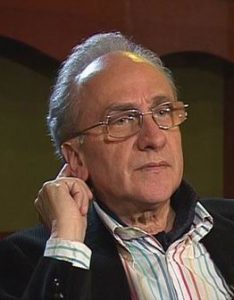 Leading Russian theatre scholar, Dean of the Moscow Art Theatre School (2000-2013) and MXAT Associate Artistic Director. Russia’s leading theatre writer, scholar, and critic, he is the Editor-in-Chief of the Complete Works by Stanislavsky and The Moscow Art Theatre Encyclopedia. Dr. Smeliansky’s books, Our collocutors: Russian classics on Stage, Is Comrade Bulgakov Dead?.. (on the best 1995 theatre publications list of the American Theatre Magazine), Russian Theatre after Stalin and Given Circumstances were published in Russia, Great Britain and the United States. He taught Russian & Soviet theatre in major American schools (Columbia, CMU, Georgetown, Harvard, Princeton, Yale), as well as in France (the Sorbonne) and the UK (Cambridge and Oxford). Dr. Smeliansky participated in numerous international theatre symposiums and conferences all over the world, and has facilitated the centennial celebration of the Moscow Art Theatre in 1998, and 150th anniversary of Stanislavsky in 2013. He is the recipient of several national awards for artistic excellence including the title of the Distinguished Artsmaker of Russia.