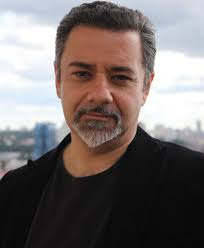 Andrei Malaev-Babel is the Head of Acting at the Florida
State University’s Asolo Conservatory for Actor Training in
Sarasota, Florida – one of the US’ top-ten graduate theatre
programs. His recent productions, directed for the FSU/Asolo’s
Cook Theatre, include Chekhov’s The Cherry Orchard,
Anouilh’s Antigone, Shaw’s Candida, Ibsen’s The Lady from the
Sea and Strindberg’s Miss Julie. Professor Malaev-Babel is
also a principle teacher of theatre at The New College of
Florida. He is on the board of the Michael Chekhov Association
in New York City, and on the advisory board of the Stanislavski
Centre (UK). He is also a Member of the International Scientific
Committee for Arti Dello Spettacolo-Performing Arts (Italy).
From 1997 to 2005, Mr. Malaev-Babel served as the Producing Artistic Director for the
Stanislavsky Theater Studio (STS), an award-winning company and conservatory in
Washington, DC. For STS, he co-adapted, directed and/or played leading roles in productions
such as Goethe’s Faust, Cervantes’ Don Quixote, Chekhov’s The Seagull, Brian Friel’s Fathers
and Sons, Moliere’s Le Malade Imaginaire, Gogol’s Dead Souls and Dostoyevsky’s Crime and
Punishment and The Brothers Karamazov. In 2000 he was nominated for a Helen Hayes Award
as an Outstanding Director for the STS production of Dostoyevsky’s The Idiot. Mr. Malaev-
Babel’s productions were presented at The Kennedy Center and The National Theater in
Washington, DC, where he also appeared as a performer. He has also served on the faculty of
The Catholic University of America in Washington, DC