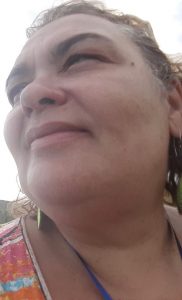 Actors trainer, actress, theatrical director and researcher. Master of Literature and Russian Culture by FFLCH-USP. Curator of the Latin American Center for Stanislavsky Studies (CLAPS). She has worked for 21 years as an actor trainer, with Konstantin Stanislavsky as her research object both in theory and practice. Professor of Improvisation, Interpretation and Theater Theory of Teatro Escola Macunaima since 1997.Atriz with passage through the CPT, under the coordination of Antunes Filho. Specialist in active meditations of the Indian master Osho. Artistic Director of the Cia dos Viajantes. She was the coordinator of the Studio of Arts and there developed projects like “Encounters with Researchers”. Theater researcher of the Stanislavsky System under the guidance of Elena Vássina. Since 2010, she has participated in workshops, courses and experiences of artistic exchange with important Russian directors and pedagogues. Author of the book Stanislavsky in Process – A Month in the Field Ivan Turgenev published in 2016 by Editora Perspectiva.